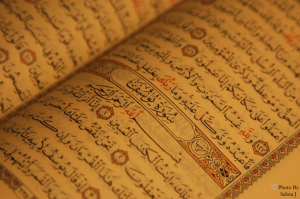 Quran: The Proclamation of One World Government

Our Leader is a fearless man with a vision for Pakistan. He is committed to establish PEACE IN PAKISTAN through Equality and Justice. ‘Quran is the only ideology which guarantees equality, equal opportunity and justice to People. There can be no Peace without adopting these principles of Quran, Asarulislam, a scholar of the Quran and a direct descendant of Prophet Muhammad (S) has been an ardent proponent of Quran. His Quran lectures, delivered live from Shalimar Radio, Los Angeles, (www.ShalimarRadio.us) have given hope and vision to the People of Pakistan and India.  Asarulislam promises to liberate Muslims from the shackles of False Saudi Religion, wrongfully attributed to Muhammed.  ” Saudi Religion is the Religion of Musailma THE LIAR.  This medieval Zoroastrian-Judeo-Christianity has been masquerading as Religion of Islam.  Muhammad , The Giver of God’s Government, {SAAWS } never founded any religion, ” he strongly advocates.     California, USA, http://quaideazam.com/asarulislam/

22 thoughts on “Our Leaders”