We are the Party of working classes of Pakistan. 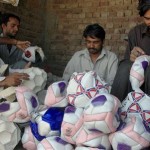 We are a party of laborers, teachers, doctors, engineers, blacksmiths, carpenters, masons, tailors, shoe-shiners and all those who earn with their hands, not with their CAPITAL. Our Party is committed to bring a revolution in Pakistan. No Imran Khan or Musharraf can EVER be our spokesperson. Only Quran speaks for us. Only Quran shall liberate us. 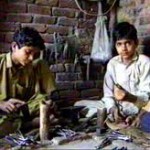 Our Party is founded on the basic tenets of the Law of Allah as enshrined in the THE QURAN. We cherish an unwavering conviction in The QURAN. QURAN alone provides the Law that guarantees equality and equal opportunity. We have been cheated by everybody but Allah shall never cheat us.

For the first time in the history of our nation, JANNAT PAKISTAN PARTY has risen as a Party of the Working Class. We guarantee to deliver basic human rights to Muslims and Christians alike. All human beings are Equal, says The Quran. 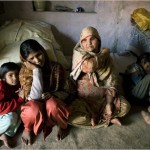 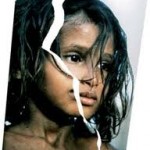 We are The Homeless. We are students who have no security or future. We are the downtrodden destitute of Pakistan who labored as slaves in foreign lands but our contributions never gave any security to our families. Only the Generals flourished. We suffered. We are ready to seize our rights.

We have founded a Party and We have a Constitution. We shall launch an INTERNET BASED ELECTION CAMPAIGN and We shall reclaim Pakistan, lawfully through the electoral process. Allah know how we have suffered. Allah shall be The Sovereing of Pakistan. His Law shall guarantee us equality dignity honor and justice.فریضۃ من اللہ ALLAH PROMISES TO FULFILL HIS RESPONSIBILITY TO MANKIND UNDER HIS LAW.

This is the supreme controlling body of the Party. The Executive Council consisting of eight members (4 men + 4 women) has been nominated through consultations, recommendations and consensus among founding members. They are those popularly known and recognized for their life long commitment to Quranic Mission with a history of sincere efforts in this direction, possessing excellence in understanding its core ideology. This Council will oversee and control the overall functioning of the Party. It will conduct Party’s first internal elections in order to allot responsible executive positions in the hierarchy of leadership. It is also responsible for resources generation, collection, allocation and proper mobilization thereof, according to the requirements of Party’s Constitution.

We have inherited a stagnant history. The legacy of suppression, plunder and exploitation left behind by our foreign rulers still 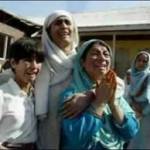 dominates. The present ruling elite consist of old lackeys of former foreign masters, and their descendents. Their feudal backgrounds with vast land holdings as well as predominantly tribal traditions help them in securing enough votes from subjugated rural populations, thereby perpetuating their power base and their dominance over legislative positions in the assemblies. Thus they maintain their supremacy over the political scene under the garb of democracy. There style of ruling is that of autocratic tyrants and is defined by exploitation of masses, blatant plunder of national resources and amassing of incalculable wealth at home and abroad. This style of governance has caused worst kind of corruption to prevail throughout the length and breadth of the homeland in every sphere of national activity and economy, whether public or private. Monopolies and cartels are ruling the trading field and the basic essential food items are hoarded and black marketed with the blessings and the participation of our rulers. While the public suffers from exorbitant prices of commodities and basic utilities, the monster of unemployment, shortages of essential consumables, cruel taxation, blatant disregard of merit, total lack of support in education, health and housing sectors. The society is still young and full of talent and enthusiasm, but no opportunities for human development and for securing a better standard of living are afforded by the ruling class. Their brutal stranglehold is the main cause of flight of talent and capital from our motherland to western societies.

JANNAT PAKISTAN PARTY solemnly promises to reclaim every inch of the land of Pakistan from Vaderas. We shall launch an emergency campaign to remedy the above situation in a matter of a few months, and deliver the basic needs to every citizen of our homeland without resorting to any pretexts and excuses. The Party believes in the great potential of our land and its people and declares its firm conviction that enough resources are being generated presently to feed every mouth, educate every child, and employ every job-seeker within a short span of time.